The short answer is get away from these people – they are toxic.

I often talk to my clients about these types of people and my clients often want to know how to deal with them.  Most people who come in to therapy have suffered abuse (emotional, physical or sexual) at the hands of either a parent, a partner, a friend or a boss/line manager at work.  As you read this blog you will probably nod and think of someone that fits a lot of these behaviours.  There are a lot of them out there and it is useful to be forearmed have some tools/strategies to know how to handle these people.

I had a similar experience many years ago reading Jon Ronson’s book called The Psychopath Test.  If you haven’t read it – do!  It is an easy read doesn’t go into depth about psychopathy but is fascinating all the same and a good start into the topic.  I find the study of these people quite fascinating.

http://www.arkancide.com/psychopathy.htm  This is a link to the 20 questions to find psychopathic tendencies.

There is a process these people go through, they select you when you are vulnerable, they see a weakness and prey on you.  They seek out your weaknesses, find out as much as they can and at this point they will bomb you.  The bombing phase (idealisation phase) is a calculated process to lure you in; to make you think they are in love with you and they will become the ‘perfect partner’. 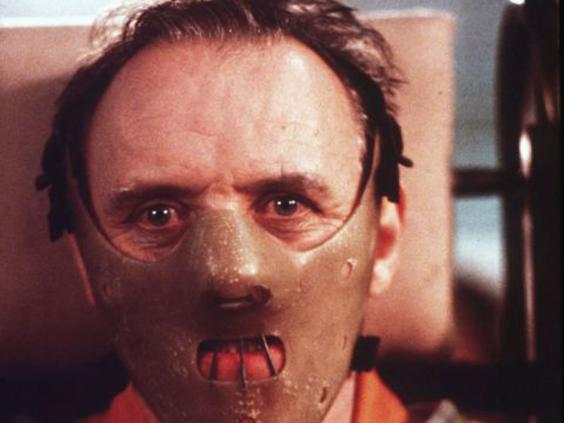 1. A psychopath has no conscience. (There is no empathy and only have the ability to think of themselves)

2. If it feels bad or wrong, it probably is. (That Uh Oh (anxiety) feeling is there for a reason)

3. People should have to earn your trust and they don’t all ‘look like a psychopath’!. (Do not overshare personal information)

4. Don’t blindly follow anyone. (You need to build up trust in a relationship, be informed and be aware of facts)

5. You can’t respect someone you’re afraid of. (People who threaten you are dangerous, keep away from them)

6. A hard-luck story can be an effective con. (Do not be gullible, be aware not everyone is honest)

7. You cannot change somebody. (Remove yourself from toxic people)

8. Keep a positive attitude toward life. (You do not need negativity in your life)

10.  Be aware of equality in relationships. (Don’t leave yourself vulnerable)

Gaslighting – They will make you feel like you are going mad and that you continually misinterpret events.    ‘That didn’t happen.’ ‘You imagined that!’ ‘Are you mental?’ They distort and erode your sense of reality and make you think you are the one at fault.

To combat this write down everything when it happens so you have a record.  Keep in contact with friends – talk to them about what happened.  Keep texts, emails, written notes to prove events.

Projection – They are unable to see they are in the wrong and will never admit it.  It is always your fault or someone else’s fault.  A narcissist will not walk in to a therapist room because nothing is wrong with them it is everyone else that is the problem.  If they do they will not engage and will probably leave very short time into it, stating they are fine, they don’t have a problem.

To combat this you need to remove yourself from these people.  Look after yourself, be yourself, do not be controlled and validate your own identity. Pointless conversation – You might think talking to these people will sort things.  Don’t – you can’t reason with them.  They will wear you down with their pointless conversation, it will feel you talk round and round in circles and no resolution comes from it.  Often this process will be exhausting and you might just agree with them to get them to be quiet.

To combat this remove yourself, they are toxic people, drains on your sense of self, happiness and well being, they provide nothing for you but negativity, you don’t need it so don’t put up with it. Sweeping statements – Often they appear intelligent but once you dig deeper there is little to them.  Do not be dragged into an emotional sparring.  They will use general sweeping statements on complex issues they cannot back up with statements. ‘You are never satisfied.’ ‘You are always too sensitive.’  ‘You will never be happy.’

To combat hold onto your truth and resist the statements ‘that is not how it happened’ and ‘I never said that’. Misinterpreting thoughts and feelings deliberately – If you want to have a discussion about how unhappy you are, they will twist this to ‘Oh so you are perfect.’ ‘I am the bad person now am I?’  Making you feel guilty and ashamed.  Black and white thinking when there are often shades of grey in most topics there are!  Diversion and cognitive distortion techniques are used on you, they will often mind read and they will say they know what you are thinking.

To combat walk away and reply with factual statement.

Nitpicking and moving the goal posts – criticism is not constructive it is a personal attack with impossible standards, they don’t want to help you improve, they want to pull you down, scapegoat you and will often move the goalposts so they can perpetually do so.  If you appear successful they will want to pull you down, they will not give credit where it is due.

To combat validate yourself, know that you are good enough – this takes a lot of strength.  Look for validation from others that you trust. Evade accountability – The what about me syndrome, they will reroute any negative topic about them back to something else because they do not want to be accountable.  They will point out a mistake you made 7 years ago to deflect any discussion about themselves.  ‘What about the time you did…’

To combat use the broken record tactic – repeat the same thing.  ‘I am not saying that I am saying …’

Covert and Overt threats – Grandiose sense of self – they will put high expectations up for you and punish you for not achieving impossible standards.  Control exerted if you disagree or they feel they are losing control: ‘Do this or I will do …’

To combat recognise that someone is setting boundaries and when opinions are differing they threaten you.  You must take threats seriously and show you mean business – document threats and report them. Name calling – They will blow everything out of proportion; a threatened narcissist/sociopath/psychopath will resort to anything they feel will degrade you, attack your credibility, insult your appearance or intelligence, etc. Destructive Conditioning – They make you associate your talents, strengths and happy memories with abuse, frustration and disrespect with constant put downs.  They will sabotage your goals, celebrations, holidays, isolate you from your friends and family and try to make you financially dependent.  You are trained to become afraid of the things that made your life fulfilling, they will divert your attention towards themselves anything outside of them is a threat.

In the idealisation phase (bombing) you are the centre of their world and vice versa.  They don’t like that change, they are pathologically envious of you and their influence on you.  They will try to prevent you leaving through control and will make you feel you have to walk on egg shells.  You might not know how they might react when they come home for example, they are unpredictable – this is purposeful.

Smear campaigns and stalking – They will gossip about you to friends, family, work colleagues behind your back, slander you, depict you as the aggressor – themselves as the victim.

To combat document all reactions, provocations against you.  harassment, cyber-bullying, stalking and speak through a solicitor.  Your character will shine through once the narcissist mask slips. Love bombing and devaluation –  In the idealisation phase they invest a lot of time flattering you, making you believe in them and your perfect relationship.  You are the best thing that ever happened to them and talk about all your wonderful qualities.  They later devalue exactly what they admired in you, they will devalue their exes to new partners and at the end of your relationship you will be devalued too.

To combat be wary about how someone talks about an ex that could well be how you will be treated. Preemptive Defence –  Be wary of people that have to say they are nice!  Genuine nice people don’t tell you that they honest, they just are.

To combat think why do they say ‘trust me’ do they think you don’t trust them or is it because they know you shouldn’t?  Trust actions not empty words – trust in who they are, not who they say they are.

Triangulation – Use the opinions of others to validate their point of view.  It diverts your attention from their abusive behaviour.

To combat realise everyone is being played by this person.  Gain support yourself from a third party not under the narcissist influence. Bait and feign innocence – They will bait you into an argument using your vulnerabilities against you and then feign innocence by asking if you are OK, that they didn’t mean to agitate you and deny any malice.

To combat avoid being baited do not engage.  Provocative statements, name calling, hurtful accusations and unsupported generalisations are purely bait. To combat ignore fake remorse (hoovering) they try to set the emotional reset button and carry on as if nothing happened.  Highly manipulative people response not to empathy and compassion only to consequence. Aggressive jabs disguised as jokes –  Often malicious remarks at your expense will be dressed up as a joke.  If you are angered or upset by a remark, you are told you have no sense of humour (verbal abuse).  The sadistic gleam in the eye and contemptuous smirk gives it away, they gain pleasure from hurting you, like a predator playing with its food.

To combat you must stand up for yourself, state that you will not tolerate this behaviour is not okay and end the interaction immediately. Condescending sarcasm and patronising tone – You will begin to become hypervigilent about voicing your thoughts and opinions because you fear reprimand.  This causes less work for the abuser because you begin to silence yourself.

To combat be assertive and firm about the sarcasm and patronising when it happens.  Don’t be spoken down to like a child because of someone else superiority complex. Shaming – They will destroy and whittle away at your self esteem – control is kept by the abuser.  They will claim if you suffered any form of abuse in the past it was your fault.  That you are deficient or unworthy in some way, this picking at an original wound is to exacerbate rather than heal and to retain control. Control – They isolate, control finances, socials and micromanage all areas of your life.  Toy with your emotions.  Manufacture conflict out of thin air to make you feel off centre and off balance (eggshells/unpredictable) makes control easier.  Vacillate between false self and true self so you never get a sense psychological safety of who your partner truly is.

To combat you need to regain control of your own life and get away from toxic people.